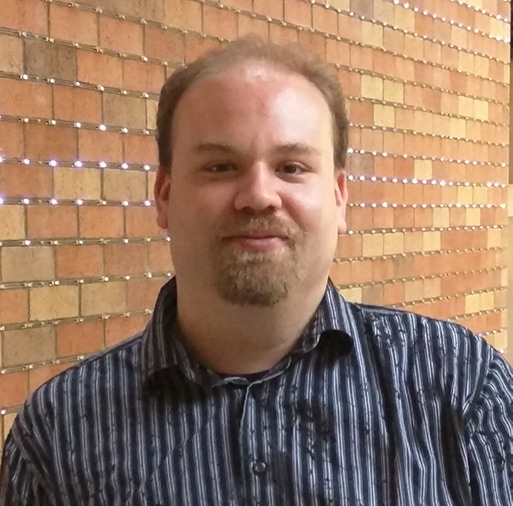 Connie Moon Sehat, Assistant Director, Democracy Program, from The Carter Center has written a guest blog post about their ODK usage. If you would like to write a guest blog post please send us an email at contact@opendatakit.org.

“What does it mean for an election to be democratically successful? Election observation attempts to assess whether a particular election process reflects the will of the people. At The Carter Center, this requires first-person observations of the conditions and context surrounding the election, everything from voter education before the event to happenings within a particular polling station on election day. In the past, many of these observations teams have used lists of questions, reams of paper, and lots of late night data entry. The Carter Center has observed over 90 elections and with the help of ODK, we are approaching the practice of election observation in a different way.

ELMO (standing for ELection MOnitoring) is an open-source data collection and reporting system under development by The Carter Center’s Democracy Program. The system interfaces with ODK Collect to gather data on different aspects of the election process. Since our first prototypes in the Liberian and Cherokee Nation elections of 2011-12, ELMO and ODK Collect have allowed international observers to provide their data via tablets and directly online.

With nearly 30 teams deployed in Kenya, Carter Center staff and observers were able to collect nearly 400 data checklists in 36 hours, covering election processes such as polling station opening, voting operations, counting and tabulation. Prior to the use of ELMO and ODK, staff would spend upwards of 17-20 hours manually transmitting and inputting data to analyze it. But in Kenya, with data coming in real-time on the server, we were able to clean data quickly and generate reports and official statements faster than ever before. In Kenya, using ELMO and ODK improved the accuracy of our data and enabled us to provide important hard data on prevalent parts of the process in a timely fashion, not to mention allowing staff to actually get to sleep! 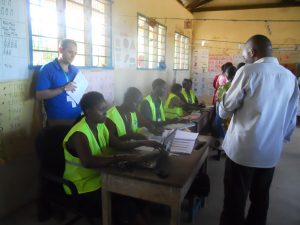 A Carter Center observer witnesses the polling process with tablet (and backup paper forms) in hand.

This is not to say that we didn’t run into problems. In Kenya, as in many countries the Center works in, staff faced unique infrastructural and technical challenges such as lack of 3G or 4G coverage on very slow bandwidth hotel wireless networks and tablet malfunctions that required extensive troubleshooting. But troubleshooting and problem solving are all in a day’s work for mission staff and each time we’ve had the opportunity to use ELMO and ODK in the field, we believe we are making this new technology work for us more efficiently.

All of this is important because as an organization with a strong interest in sustainable impact, The Carter Center sees the success of ELMO and ODK in Kenya as another indicator that this kind of technology can be tremendously useful to improving the quality and accuracy of observation, not just for us but for domestic organizations as well. Higher quality data and analysis from domestic and international observers will generate stronger reports leading to greater overall impact on the electoral process: a goal that all observer organizations strive to achieve.

ELMO is an open-source project under active development led by Sassafras Tech Collective. It has many helpful features:

– support for multiple ‘missions’, each with their own sets of forms, options, users, settings, etc.

We are pushing to release a fully documented application by the end of the year for anyone to share. Contact Connie Moon Sehat if you would like to learn more or get involved!” 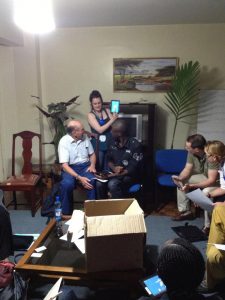 A Carter Center staff member trains observers on the use of ODK prior to the election. 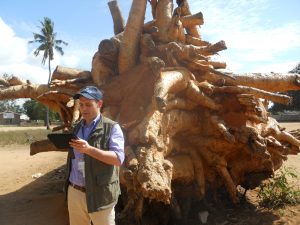 Using ODK, the observer enters and submits his observations before moving on to the next polling place.

You May Also Enjoy

How to get started on the ODK Forum!

We’ve successfully migrated all the emails from Google Groups to the ODK Forum at https://forum.opendatakit.org. Join us there!

IMPORTANT: Moving from Google Groups to Discourse on Friday

We’ve successfully migrated all the emails from Google Groups to the ODK Forum at https://forum.opendatakit.org. Join us there!

ODK Collect 1.7.0 was released to the Play Store this weekend and is now available from the website! We also updated JavaRosa, the form rendering library tha...

Configure Collect on many devices with QR codes

One major challenge faced by organizations that use Open Data Kit at scale is configuring Collect across many devices.